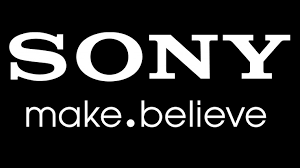 Sony is now far less likely to gain control over the phrase “Let’s Play” after the United States Patent and Trademark Office (USPTO) has updated its rejection of the company’s attempt to trademark it.

The cited reason for the rejection according to the ruling rendered by the USPTO, is that the phrase “Let’s Play” is “merely descriptive” within a broader context related to gaming.

The initial rejection for the trademark earlier this year was due to a conflict between Sony and an existing mark for “LP Let’z Play” established by a Georgia gaming company in 2013. In failing to recognize the broader significance of the phrase, the USPTO left the door open for Sony to submit an updated appeal.

Because the phrase, “Let’s Play” was part of a larger vernacular, the USPTO judged that it was ineligible for trademark and it issued a strong rebuke for Sony’s attempt to trademark the term for its own interests.

“To support its rejection, the USPTO’s evidence consisted entirely of the first two sources included in our Letter of Protest: the Wikipedia page for Let’s Play and the /r/letsplay subreddit,” the firm adds. “Given the strength of this evidence, we are confident that Sony will not be able to overcome this rejection. The term ‘Let’s Play’ is now forever in the public domain.”

Trademarks usually involve unique words or designs that represent a company’s brand identity in order to protect them. In this particular case, a term such as “Let’s Play” is so commonly used that it is within the public domain. That does not prevent companies from attempting to stake a claim, however.

At Greenberg & Lieberman, we know how to protect the brand name and identity of our clients and we also know how trademark and intellectual property laws work. Our IP attorneys will consult with you about how to choose your mark, and outline ways for you to best protect your interests. Contact us today at (888) 275-2757 for a consultation on how to protect your trademark and IP interests.