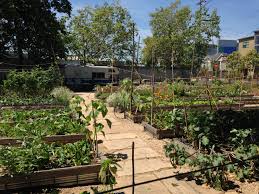 One of the dangers of having a trademark is that it can become generic if you do not police your mark. A simple example of this is Google. To “google” something has become a verb. While Google can protect their trademark it is used as a noun to represent the business, it has lost control of the verb. (Another example is Kleenex.) Not necessarily a bad thing, obviously.

But when you get on the ground floor of a movement and try to capture the main term used to refer to it with a trademark, it could turn around and bite you. There have been a number of long-standing legal battles between the Dervases family and other urban farmers. Urban farmers try to grow lots of food on very tiny amounts of land. The Dervases have managed to grow enough food for their family on 1/10th of an acre and called the process “urban homesteading.”

A farmer’s market in Denver, since closed, used the term as part of their name. It has been a long five-year fight for them to get to this point. As the plaintiffs in the case, they presented evidence that the term has been used since 1976 by a number of publications. They now plan to seek damages.

A second case in federal court about the use of “urban homestead” was also pending on the results of this case. For more details about the history of fight and a link to ruling, follow the link back to OCWeekly.

Have you been policing your marks? Greenberg & Lieberman, LLC can help you make sure your marks do not become generic. Contact our offices for a consultation.