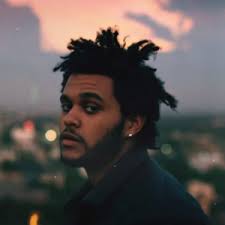 In the world of music, copyrights are important. Those who remember the 90s can recall that there was a large lawsuit between rapper Vanilla Ice and the writers of the song “Under Pressure,” which the rap artist was accused of sampling from without consent. Yet the practice of sampling from other musical works without consent is still being followed.

R&B singer-songwriter The Weekend is facing a copyright lawsuit. The lawsuit reportedly comes over his song “The Hills,” which appeared on his second album, Beauty Behind the Madness. The album is Grammy Award nominated and debuted at No. 1 on the Billboard Music Chart.

In the lawsuit, British music publishing company Cutting Edge Music (Holding) Limited is claiming that The Weekend intentionally ripped off copyrighted music. They say the sample was composed by Tom Raybould for the 2013 film The Machine.

To quote portions of the lawsuit, “With full knowledge of CEMH’s copyright in the Track, the Defendants did copy a significant portion of the Track and included it in a high profile and widely distributed single and album, thereby infringing on the copyrights exclusively licensed by CEMH.”

Further, CEMH alleges that the artist sent the company a message through Twitter, acknowledging the unlicensed sample: “I sampled your music might make it 2 the Weekend next album. Huge fan of what you did 4 the machine movie.”

The album is nominated for Album of the Year at the 58th Annual Grammy Awards.