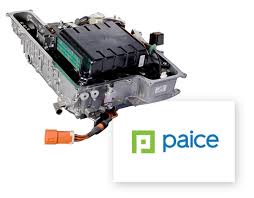 The Ford Motor Company is also experiencing hot water over another patent infringement case, but they are fighting back hard. A Baltimore company, Paice, sued the automaker over five patents it says were infringed over hybrid engine technology. That case is now on hold after Ford filed 25 petitions against the five patents for the USPO to review. The lawyer for Paice has asked the judge to stop Ford from filing more suits.

The petitions are part of a new process called inter partes review. These reviews are done by the patent office to see whether or not a patent is bad. More specifically, it allows third parties to challenge claims in a patent based on prior art and printed publications. Many patents have been canceled by this program, so much so that Congress is considering stepping in, but proponents of the process say the program helps to reduce lawsuits and settlement costs.

If you believe you have a prior art claim on someone’s patent, you can challenge the patent using this process. It does take time, 18 months generally, but regaining ownership of a patent has tremendous implications for you and for whoever filed the original patent. Don’t let your IP get stolen. Contact Greenberg & Lieberman, LLC for advice on how you can protect yourself from patent trolls and other misuses of the patent system though this new procedure.