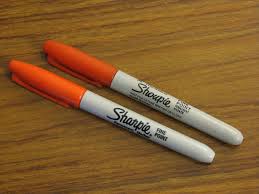 Adidas and Sketchers have been in an ongoing litigation war over trademarks. Adidas has claimed in several cases that Sketchers used identifying marks from their shoes in their own products. This is a trademark infringement. Adidas is alleging that people could be confused over which shoe belonged to which company. A company that fails to defend their trademarks could find them without them, and without a way to differentiate themselves from their competitors.

In a copyright case, Aretha Franklin, the famous singer, sued a filmmaker and a film festival over using footage of her singing “Amazing Grace” in a film without her permission. However, she dropped the film festival from the suit after the festival had passed and the festival proved that they didn’t show the film during the festival. Artists have protection against unauthorized uses of their material. In fact, you may have seen several stories in the news about presidential candidates misusing songs for their campaigns and getting public backlash from artists.

For more cases, check out the full link from Bloomberg Business.

Do you need help with your intellectual property protections? Has someone infringed on your rights? Contact Greenberg & Lieberman, LLC for a free consultation. Read our website to learn more about how we can help you.