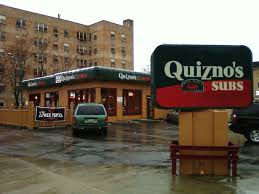 The line of what constitutes fair use and parody can be a tricky one to find without help. Both parody and fair use protections are built into intellectual property laws, but they must follow certain rules as well. An interesting case has arisen that may make the lines a little more clear.

Burning Man is a yearly festival that is extraordinarily popular, but very tightly controlled by its managing corporation. For instance, all attendees must agree that any photos they take are automatically the copyright of Burning Man and not to the individual. Part of the reason for this is that Burning Man is built upon a set of principles that include decommodification. To preserve those principles, they have had to take a very hard line to claim any IP generated by the festival to keep it from becoming too commercial, which has lead to complaints that the company that organizes Burning Man is becoming that which it fears.

Quizno’s, the sub sandwich chain, decided to mock this trend in an advertisement for its sandwiches. They released a short video that mashed up the culture of Burning Man with the movie series The Maze Runner. The video also advertised Quizno’s sandwiches.

Burning Man is considering this to be a theft of its intellectual property and is trying to find a way to sue Quizno’s. They are not mad at the parody, but they feel they must take legal action to prevent the commodification and exploitation of the event by outside commercial interests. This is not the first time that they’ve had to defend themselves in court to defend their culture. However, in this case they may face a steeper challenge because the ad is a parody of the event.

If you are considering making a parody of a brand, or wonder if your brand’s IP is getting infringed by a parody, you should consult with an IP lawyer. If you live near the Washington, DC area, contact Greenberg & Lieberman, LLC, for a free consultation.