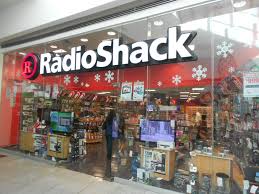 You may remember Radio Shack as a venerable company that sold electronics, or as a retail giant that fell on hard times and had to recently shut down. An auction was held to sell off the intellectual property of that corporation, but it has ran into a few snags.

When a company goes under, the intellectual property of that company can be sold off at auction to balance any remaining debt. This IP can often be extremely valuable in the hands of another company that isn’t saddled with the same burdens as the original company. Radio Shack has been around since the 1920s, so there is a lot of history wrapped up in the brand.

Originally, the auction for the IP was going to be open, but during the open bidding the participants were suddenly asked to deliver final sealed bids. General Wireless won that auction by bidding $26.2 million. Another bidder, Wonderland Investment Group, believes that the conversion to a sealed bid was because initial bids were flagging and creditors were unhappy. They offered $30 million after the sealed bids were processed, but the auctioneers refused. They asked a judge to intervene, but they agreed that it was within the rules to change the format and honor the deal by General Wireless even if Wonderland’s bid would result in more money for the creditors.

Are you interested in participating in an IP auction? Do you need a skilled IP lawyer to guide your decisions? Contact Greenberg & Lieberman, LLC today for a consultation.