Watch Out for these IP Ownership Problems 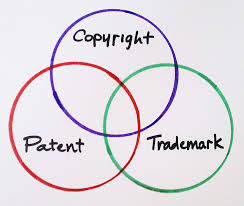 Many startups don’t start with a formal business agreement. Instead, it’s just a small group of people with an idea. Perhaps it’s just one person with an idea and several others with business experience. Once multiple people are involved in a startup, questions about who ultimately owns those ideas come into play. In fact, it’s possible for an inventor to compromise IP very early in the process, whether knowingly or unknowingly.

The National Law Review states three common ways that startups might not own all their IP:

Check the past employment contracts of anyone involved in your startup. There could be a clause that could cause a prior employer to challenge the new business by claiming that the IP is actually theirs. This must be checked.

Many startups begin developing their IP before they develop a business structure, but if an inventor refuses to assign their rights to the company they could create a complicated and expensive mess for the company, especially if it becomes successful. For instance, if an inventor works openly with a group on an idea to flesh it out further, then goes on to found a startup, one of the other members could claim they were an inventor too and ask for a share of the profits.

This is similar to the second item. Say a startup has an idea for a new application but no programming experience. The startup hires an IC or a third-party company to develop the app. If it isn’t made clear that the work done by these outside entities will be owned by the startup, they could have a legitimate IP claim.

Don’t let mistakes like these happen to your startup. Speak with a skilled IP lawyer like the team at Greenberg & Liberman, LLC to find out how you can protect your ideas.