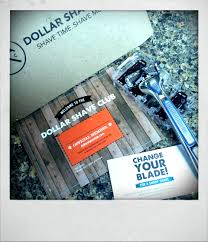 If you’re active on the internet and social media, you have probably seen the ads for Dollar Shave Club. They have print ads and television ads running as well. The premise of the Dollar Shave Club is offering razors and replacement blades comparable to Gillette’s line at a lower cost.

However, Gillette has filed a lawsuit in the U.S. District Court in Delaware against the Dollar Shave Club for patent infringement.

The lawsuit claims that the Dollar Shave Club’s offerings infringe on several patents owned by Gillette, including a coating for the razor blades. The coating is used on several Gillette products, including the Mach 3, the Venus, and the Fusion razors.

Gillette is a subsidiary of Proctor & Gamble and states that it owns all rights, title, and interest in the patents.

A spokeswoman for the Dollar Shave Club has stated that the company is looking into the lawsuit, but has no comment at this time. The razors that Gillette is claiming infringes upon their patent are branded as The Humble Twin, the 4x, and the Executive.