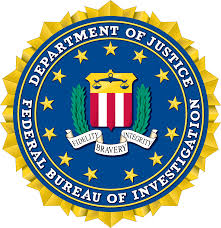 China has over a billion people, which makes it a very attractive market. They also have lower labor costs than the U.S. But doing business there can be very nerve-wracking for people with sensitive IP. China is well-known for copying IP that they shouldn’t, but according to security experts the problem can be laid at the feet of companies that use very lax security measures to protect their IP.

The problem is so bad that the FBI recently launched an awareness campaign to teach companies about economic espionage. The FBI puts the cost of economic espionage at $13 billion a year, and that’s only the cases the FBI is aware of. It’s not just China either. Other countries also use China’s lax IP policy – some would say it’s state-sponsored espionage – to gather IP from other companies illegally for their own use.

The most vulnerable form of IP in China is trade secrets. Unlike patents or trademarks, which require public registration, trade secrets are by definition secret. It is more difficult to prove in court that you own a trade secret. Worse, if a foreign national takes your trade secret to a company with no extradition agreement, like China, you may have little recourse.

Greenberg & Lieberman, LLC, can help you formulate a strong IP protection policy, and will represent you and your company in court if you need to defend it. For more information, contact our offices.