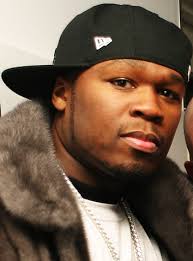 Rap star and entrepreneur 50 Cent, AKA Curtis Jackson, has seen his fair share of a courtroom recently. After recently losing a case that caused him to file for Chapter 11 bankruptcy, he has scored a win that is in his favor. The case centered around Jackson’s song, “I Get Money” off of his album “Curtis” that was released in 20074.

Three years after the track was released, Atlanta rapper Tyrone “Young Caliber” Simmons alleging that he had purchased the song’s main instrumental form from music producer Apex before Jackson had released his album. Simmons alleged he had exclusive rights to the track.

Simmons’ case had initially been thrown out of court for having exceeded the statute of limitations. On appeal, the earlier decision was upheld in the Second District Court of Appeals on January 15th. Also named in the suit were Universal Music Group, Interscope Records, Aftermath Records, G-Unit Records, and Shady Records.

Certainly Jackson can feel a certain sense of vindication after having taken recent setbacks in court. Jackson was ordered to pay $7 million in July 2015 to Lastonia Leviston, the mother of rapper Rick Ross’ child, for having leaked her sex tape.

The ruling prompted Jackson to file for Chapter 11 bankruptcy in order to reorganize. Jackson has also brought up a new copyright infringement suit against Rick Ross for having used his likeness on the Miami rapper’s project, “Rentzel Remixes”. The case is currently pending.

There is no doubt that in recent years, remixing and sampling that is common in popular music has raised many IP issues for musicians. Fair use and copyright issues can be confusing and artists rightfully want to protect their intellectual and creative property. Proper licensing of IP is important. With advents in technology both online and in the studio that are accessible to almost everyone these days, it is all too easy to steal creative works.

If you have work that you feel may have been used improperly or even stolen without your permission or without proper licensing, contact us and protect your rights.

At Greenberg & Lieberman, LLC, we specialize in protecting the IP interests of our clients. We are on the front lines of internet IP protection defense. Contact us today and find out how we can help protect your intellectual property rights.