In a landmark copyright ruling hailed internationally—but largely criticized at home—the U.S. Supreme Court decided on January 18, 2012 that the copyright clause of the Constitution does not prevent the United States from fulfilling its treaty obligations regarding copyright ­protection for foreign works.  As a result, such favorites as The Third Man (1949) and Hitchcock’s classic The 39 Steps (1935) were removed from the public domain and granted U.S. copyright-protected status. The ruling has widespread 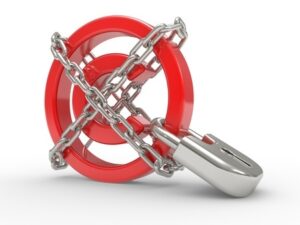 ramifications throughout the arts and entertainment industries.

In 1989 the United States became a signatory to the Berne Convention for the Protection of Literary and Artistic Works (“Berne Convention”). Among the provisions of the Berne Convention was Article 18: a commitment to extend to other countries’ creative artists the same protection as accorded domestic artists if the work was still copyrighted in its country of origin and if the work had not entered the public domain by virtue of a granted and then expired copyright. The U.S. never enforced that provision of the Berne Convention because it would mean retroactively granting copyrights on foreign works, which were never previously copyrighted in the U.S. It did, however, enforce the treaty’s foreign works protection provision as to works published after the date the U.S. joined the treaty. The refusal to grant retroactive copyright protection became a point of contention with fellow signatories.

In response to widespread cosignor disapproval and because of entering into additional trade agreements in 1994 that specifically mandated Article 18 compliance, the U.S. passed legislation in fulfillment of its Berne Convention obligations. Known as the Uruguay Round Agreements Act (URAA)—based on the trade agreements negotiated in Uruguay—the act was signed into law by President Clinton in December, 1994. Several provisions of the URAA amend the U.S. copyright law. Consequently, millions of creative works by foreign artists and authors—films, poems, musical scores, paintings, and novels—which had been in the public domain in the U.S. for years, were now given copyright protection and their use, in many cases, subject to licensing fees. Getting assistance from an IP attorney or a copyright attorney in securing and protecting intellectual property rights, as well as in preparing a licensing agreement will give you the most protection available since copyright licensing involves creative and detailed licensing contract drafting.

In 2001, an orchestra conductor by the name of Lawrence Golan along with five co-plaintiffs (musicians and music publishers) filed suit against then U.S. Attorney General Ashcroft challenging Section 514 of the URAA on constitutional grounds (Golan v. Ashcroft, later filed as Golan v. Holder). They argued that removing works previously regarded as being in the public domain was an infringement by Congress on the right of free speech to use the works. They also cited the copyright clause of the Constitution, which states that Congress shall have the power “To promote the Progress of Science and useful Arts, by securing for limited Times to Authors and Inventors the exclusive Right to their respective Writings and Discoveries” (U.S. Constitution, Article I, Section 8, Clause 8). By placing such heretofore public domain works under copyright protection, the “limited times” provision referred to would appear to be impeded. No less than 28 amicus curiae briefs were filed by various individuals and organizations in support of the plaintiffs.

Included among the amicus curiae arguments was the assertion that Section 514 of the URAA “creates dangerous uncertainty about copyright policy, posing a significant threat to libraries, digital repositories, and others that promote access to knowledge” (Electronic Frontier Foundation, June 21, 2011).

In a 6-2 decision, with one justice having recused herself, the majority held that the copyright clause did not prevent Congress from removing previously unprotected works out of the public domain and placing them under U.S. copyright protection. As to congressional interference in a heretofore constitutionally protected realm, the court reasoned that the traditional contours of copyright protection comprised just two limits: fair use and the free expression distinction. As long as Congress adhered to those two limitations, First Amendment concerns would be preserved (Golan v. Holder, 132 S. Ct. 873, 2012).

A Grace Period for Reliance

For those who had relied upon free public domain access to works that suddenly became protected, the URAA provided some cushioning of the shock: under the statute such users—deemed “reliance parties”—could continue to use the works until such time as they received formal notice of enforcement of the intellectual property rights from the copyright holder. Upon receipt of such copyright notice, a one-year grace period commenced during which such parties could continue to use the creative work without payment.

A Note on the Dissent

In his dissenting opinion, Justice Breyer criticized the majority for approving a statute that “failed to serve the purpose of copyright, i.e., to encourage the progress of science and the useful arts.” He further wrote, “The statute before us…does not encourage anyone to produce a single new work. By definition, it bestows monetary rewards only on owners of old works—works that have already been created and already are in the American public domain” (J. Breyer, Dissenting Opinion, supra).

It remains to be seen whether Golan v. Holder in fact hampers the bedrock American value of “progress of science and the useful arts.” 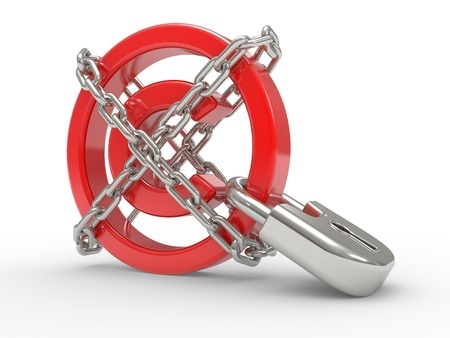