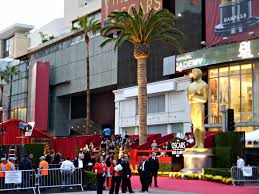 Los Angeles-based Distinctive Assets, known for handing out its so-called the “Oscar swag bag” to Academy Award Nominees in five categories, has been named in a lawsuit last Tuesday for infringement of Academy trademarks and logos. It also wants Distinctive Assets to quit perpetuating an assumed connection between itself and the company.

These goodie bags, with perks such as $20,000 worth of mind control lessons, stays at exclusive hotels and spas around the world, personalized M&M’s and plastic surgery are given out to celebrities.

At issue are the some of the contents of these goodie bags that are given to the top category nominees for the Academy Awards.

The Academy, however, issued its own statement regarding the matter regarding the Oscars and Distinctive Assets in the Hollywood Reporter.

When you have an event, product or mark that is distinctive as that of the Academy Awards or Oscars, you want to be sure to protect it as much as possible. There seems to be no end to the number of people who want to connect themselves to the star of those who are distinctive in their industry. This case is no different.

Because trademarks usually involve unique words or designs that represent a company’s brand identity in order to protect them, it’s important to protect that identity.

At the law offices of Greenberg & Lieberman, we take very seriously the protection of intellectual property rights, whether it is a brand name or trademarks of that business. We know how trademark and intellectual property laws work and we will protect your IP property rights. Call us to find out how we can help you to protect your IP interests. Contact us today at (888) 275-2757 for a consultation today.