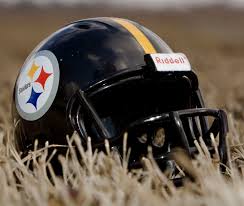 When it comes to trademarks and logos, many companies and organizations take it very personally when another uses a version of its logo for their own purposes. The Steelers and the National Organization for the Reformation of Marijuana Laws are two such entities.

Pittsburgh’s chapter of NORML got into some possible legal trouble for infringing on the Steeler’s logo. NORML was warned that its logo too closely resembled the Steeler’s logo and was sent a cease-and-desist letter threatening legal measures if the logo was not dropped quickly. It has been the logo of the Pittsburgh NORML for six years.

This is not the first time that companies in Pittsburgh have waged litigation war over trademarks. Eat’n Park, a Homestead based restaurant chain, often enters litigation whenever anyone else places a smiley face on a cookie. They have done so at least seven times since 2002. Most defendants agree to pay a licensing fee to sell their cookies.

If you believe that your intellectual property has been infringed upon or your trademarked logo has been used by another, you do have legal rights. Contact Greenberg & Associates. Our attorneys specialize in IP Law.