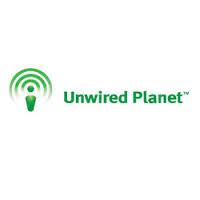 It stands to reason that a company would want to protect its patents. A patent can mean the difference in producing something groundbreaking and mimicking what others are already producing. Patents can even affect stock markets, sending stock prices soaring for those companies getting new patents, or secure a victory in the court over ownership of one.

Unwired Planet won the first patent trials in a series against Samsung Electronics Co. and Huawei Technologies Co. Unwired Planet’s stock rose 20% on the news. Unwired Planet owns some 2,000 patents, most of which were acquired from Ericsson AB in 2013.

This is the first time that Unwired Planet has won a victory in a patent infringement trial. The judge presiding over the trial, Colin Bliss, handed down a written decision. He stated that the patents were “essential” to 4G telecommunications networks, a standard in the mobile phone industry.

Previously, Unwired Planet had sued Google as well, but the lawsuit was settled out of court.

Samsung released a statement indicating that they were confident they had not infringed on any patents. Neither Huawei nor Google commented on the result of the trial.

If you feel that your intellectual property has been infringed upon, contact the offices of Greenberg & Lieberman today. Our attorneys specialize in Intellectual Property law. For more information about this complex area of law and how it can help you, read our IP law FAQ.