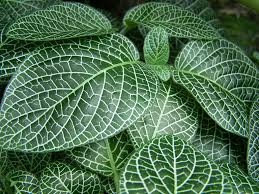 One area of patent law that can be rather confusing surrounds the area of plant varieties. Since the Plant Patent Acts of 1930, the Patent Act of 1952 and the Plant Variety Protection Act (PVPA) of 1970, plants and the breeders that produce them are protected under the Patent Act as a utility patent.

Protected under the Plant Patent Act of 1930 are plants that are asexually propagated, except plants that are propagated by tubers. The guidelines for such protections are that the plant must be distinct from any other cultivar. Plant breeders control the propagation and sale of such plants and the protection lasts for 20 years. If someone were to sell such plants or cultivars without permission from the breeder could be prosecuted under the law for violating the patent. Anyone who sells the cultivar without permission from the patent owner can be prosecuted under the law and could be liable for damages.

An exception to this rule is wild plants. While a plant that grows in the wild cannot be patented, the novel use of a wild plant or a gene found within it can be protected under the law with a utility patent. This patent also lasts for a period of 20 years. This sort of patent is often employed by biotechnology companies who want to control novel use of such genes through their own specific technologies.

Under the PVPA of 1970, a sexually propagated plant variety is also included and covers varieties of plants that are propagated by tubers. In order to obtain a plant variety certificate, four requirements must be met: The variety must be new, it must be distinct from any other variety that is known, the plant variety must have uniformity and any variations must be both predictable and acceptable and it also must be considered stable. This means that when the plant is reproduced, the characteristics which are distinct to the variety must remain unchanged by reproduction.

When a plant breeder, horticulturalist or botanist obtains a plant variety certificate, it gives them exclusive rights that would enable them to prohibit anyone else from reproducing the same variety, selling it, or importing or exporting it. The exclusion also includes anyone from using it in order to produce another hybrid or variety. Again, such protections are granted for a period of 20 years. In the case of trees or vines, the term is increased to a period of 25 years.

Exemptions for these rights held by plant breeders and similar companies are the public interest in the case of plants that are widely used, when a variety of a plant is being used in research, and an exemption is made for farmers who save seeds for replanting on their own farm operations.

Protecting intellectual property rights is what we do best at Greenberg & Lieberman, LLC. If you have an idea, product or creative work that you want to protect, give us a call today.

Protect your IP and prevent others from using your ideas for their own personal gain. Contact us today by calling our toll free number at (888) 275-2757.