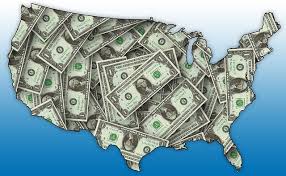 Sometimes a company may decide to keep its IP in another country. A new bill has been introduced that may draw some of that IP back to the US. Representatives Charles Boustany, Jr. (R-La.) and Richard E. Neal (D. Mass.) have introduced draft legislation that will give companies tax breaks for keeping their IP in the US.

For qualifying IP, income generated off that IP would receive a discounted 10 percent tax rate, and all taxes on the IP are waived until the property is sold. Marketing, trademarks, and copyrights don’t fall under the provisions, but about every other kind of IP that can generate income is, such as patents and computer software. To further sweeten the deal, repatriating IP from foreign countries to the US also wouldn’t be taxed.

This is just a draft in the House Ways and Means Committee, but if it starts to take off it will have big repercussions for major companies, especially in the pharmaceutical and tech industries.

Do you think that it is better to bring your IP back to America, despite many countries having a history of stealing IP, or is it better to keep IP out of the country close to manufacturers? Will deals like the TPP and the actions of foreign governments create a more favorable IP climate abroad? This remains to be seen, but Greenberg & Lieberman, LLC will keep a close eye on it.

The world of IP is changing rapidly. Are you keeping up? Call our offices for a free consultation about your current level of IP protection.