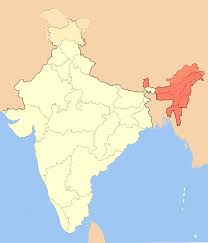 India has a concept called Geographical Indications, or GI as part of their intellectual property rights laws. A similar concept exists in other countries across the world. This right is meant to protect the uniqueness of particular products within a geographical region by saying that only certain products can be called by particular names. This is very common with food products and liquors. For instance, only brandy developed in the Cognac region of France can be legally called cognac. It is a way to unify a product, a particular method of production, and a geographical region.

India is not a monolithic country by any stretch of the imagination. There are many regions with unique products. India is also a poor country, and GI registration has been used to protect the livelihoods of poor farmers and artisans who would never be able to protect their own wares on the wages they make. However, a new trend in India is stretching the boundaries of this idea and could put it at risk.

One temple in the Tirumala Hills, the richest temple on earth, has claimed GI protection for a particular sweet they produce there. But it is a common sweet across India. They say that their sweet deserves protection due to the sanctity of the location. The protection was actually granted. There is a belief in India that their deities can bless offerings and that by consuming the offerings that blessing can be transferred to people, but we don’t know if that would past court muster, nor is it an appropriate IP protection because it doesn’t really protect the production of a geographical region but directly enriches one temple.

Another GI registration, an unsuccessful one, tried to claim that the petroleum extracted from the Krishna-Godavari oil fields deserved protection. Other people have rushed to try to gain a lock on particular products as well. Time will tell if this rush for GI protection will cause a change in the laws over there soon.

Do you have a question about IP law in the US, or are you planning on selling your product overseas? Contact Greenberg & Lieberman, LLC for a consultation.