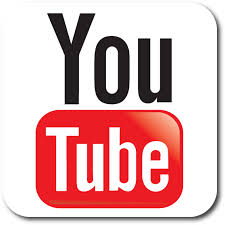 Who could have foreseen the impact that a video of a dancing baby uploaded by his mother in 2007 would have so much impact on YouTube users and how the DCMA is interpreted?

The DCMA law has been tested for a number of years, but most recently in a United States Court of Appeals for the Ninth Circuit when a woman was sued by a record company for having used “Let’s Go Crazy” by Prince in a video. The video was of her 18-month-old son dancing to the song and was uploaded to YouTube. This most recent ruling affirmed a lower court ruling in favor of the defendant on the basis of fair use.

YouTube creators are facing battles on an almost constant basis. Sometimes it’s for one-off videos like this, but some creators have channels that they make money off of ads that play before the content is viewed. These YouTubers claim that copyright holders are now exploiting the system and are preventing them from making a living on YouTube.

For Channel Awesome, which focuses on reviews and satirical media commentary, such complaints are a constant. They often review and analyze films that are under copyright. Sometimes Channel Awesome’s offerings come up higher in search engine results than the pay-per-view options for Internet users to view the films. There are other similar models that are offered on YouTube that are slapped with copyright complaints that fall under what is copyright infringement and what is fair use.

Fair use allows for limited use of copyrighted material without permission for specific circumstances, as dictated by a four-part test. For Channel Awesome, they are making use of very small bits of the copyrighted material and such falls under parody or criticism, not unlike what a reviewer at a radio or print news organization would do. On YouTube, however, with the ad revenue, every view of the parody or criticism means that the uploader earns money. If too much content belongs to the copyright holder, the revenue is diverted from the uploader to the copyright holder.

There is no clear definition on how much of copyrighted material included in a derivative work is considered too much. As a result, YouTube shut off Channel Awesome’s revenue for a total of 23 days until issues were resolved.

Sometimes it can take as long as 3 -6 months for these issues to be resolved and if a company depends on the revenue, which can spell death for the company. YouTube’s policy that is if complaints happen often enough and at the same time, the account along with its content is deleted.

Many advocate the reexamination of DCMA laws in order to adjust to the new reality of the Internet and to clarify what is considered fair use.

The internet has changed everything, especially how we handle intellectual property. Copyright infringement and piracy is rife on the internet and creative ideas and works are considered assets and should be protected according to law. In edge cases like this, a case can make or break entire business models.

At Greenberg & Lieberman, we specialize in protecting every area our clients’ patents, trademarks, copyrights and trade secrets. If you have a good idea, no doubt there are others who may try to cash in on it, too. Contact us today at our toll free number at (888) 275-2757, or you may use the contact form here on our website.