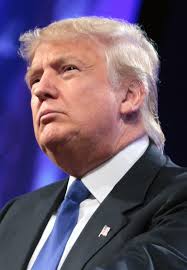 The 2016 U.S. Election season is underway, but what does that have to do with IP protections? Sure, at least one candidate every cycle seems to use a song at a campaign event without permission but that’s not what we’re talking about today. We’re talking about trademarking campaigns.

Some campaigns make quite a bit of money fundraising by selling promotional items like hats, shirts, buttons, and so on. A lot more people also make money selling copycat goods. Donald Trump has taken exception to this and is going after some of the big producers of these copycat goods.

At the end of the previous election he applied for the trademark “Make America Great Again”, his campaign slogan. At the time he only wanted it to cover the names of political action committees, but now he’s going after CafePress, a popular make-your-own-goods site, and telling them to remove all objects using the trademark. They could have a case since there is a secondary commercial interest.

Trump has also applied for a new trademark to have the same phrase cover numerous campaign goods, but trademarks take a long time to process. His campaign will long be over by the time it gets processed.

Trademarks are a very important form of IP protection, especially if you want to develop a brand name for yourself. If you want to learn how your business can take advantage of this protection, contact Greenberg & Lieberman, LLC for a free consultation.