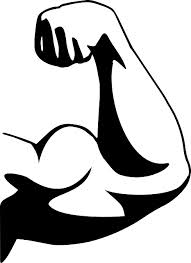 A trade magazine has expressed worry that many U.S. patents may not be as strong as they seem. IAM magazine quotes experts that say at least one in three intellectual property experts are concerned about the low-quality of U.S. patents. This is a problem because it causes investors to worry about whether or not a company’s IP protections are strong enough to make a safe investment. In contrast, about a tenth of experts are worried about the quality of European patents.

The fear they have is that new companies may move away from patents and toward the use of trade secrets. Both are forms of IP protection, but trade secrets have some downsides to them for both investors and the general public. The purpose of a patent is to prove to the public that you have an original idea or invention and allows you the chance to capitalize on that for a certain amount of time. After that, the knowledge contained in the patent becomes available for anyone to build upon. This allows our culture to progress while still compensating inventors appropriately.

A trade secret is just that, a secret. It is not made public, and so a nation cannot build upon it. Nevertheless there are times when a trade secret is better than a patent. The major advantage of a trade secret is that you can continue to capitalize on the secret beyond 20 years, so long as the secret isn’t discovered. They also don’t require expensive registration fees nor does your IP have to be disclosed to a government. However, if someone can figure out your secret through using your product, you have much less protection than a patent. Indeed, if someone figures out your secret through legitimate means and patents it, you could be in a lot of trouble!

Confused about whether to use a patent or a trade secret? Are you concerned your IP protections aren’t strong enough? Let Greenberg & Lieberman, LLC, help you with your IP protection portfolio. For more information about our services, call our offices or browse our website.