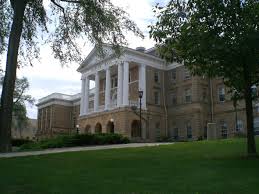 Patents are invaluable when it comes to protecting your idea or invention from those who would seek to use it for their own gain. A patent marks it as your own, and protects it from being used without your permission. Making sure that your idea is patented is of the utmost importance.

Recently, Apple lost a lawsuit filed by the Wisconsin Alumni Research Foundation, also called WARF, in a jury trial in federal court. The jury decided that Apple had infringed on a patent owned by WARF on a device that significantly improved the efficiency and speed of computer processing. The patent number in question was U.S. Patent Number 5,781,752.

The jury decided that several Apple systems infringed on WARF’s designs and awarded WARF damages of $234 million. The lawsuit was filed last year in the Western District of Wisconsin. WARF’s claim was that Apple’s system used their technology that had been patented years earlier. The patent had been awarded to a professor, Gurindar Sohi and three graduate students: Andreas Moshovos, Scott Breach, and Terani Vijaykumar.

Some of the devices that benefited from the infringed technology were Apple’s A7, A8, and A8X processors which are found in the iPhone 5s, 6, and 6 Plus. The technology is also within several versions of the iPad.

WARF is a nonprofit organization that patents and commercializes breakthroughs in technology and invention for the University of Wisconsin-Madison. It currently manages over 1,600 licensing agreements and has an endowment of $2.6 million.

If you believe that your invention has been used by another for their gain without your permission, it is important to seek out an attorney knowledgeable in intellectual property law. Our firm and our attorneys are experienced in this area and can help you. Contact our office today for a consultation.